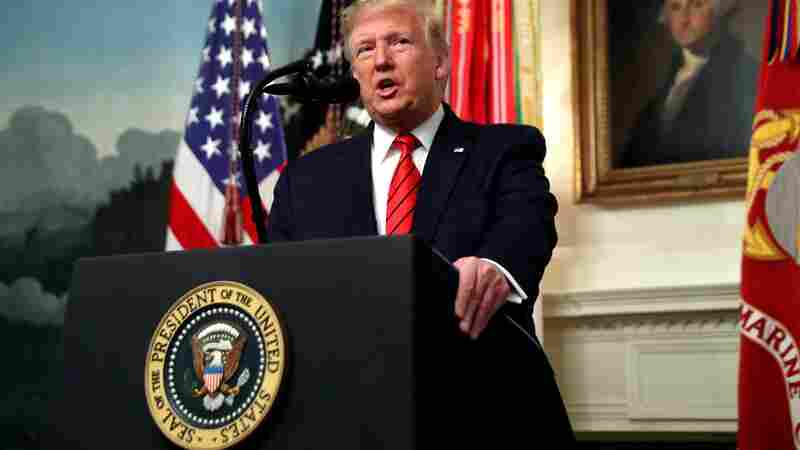 President Trump said on Sunday morning that capturing or killing Islamic State leader Abu Bakr al-Baghdadi has been "the top national security priority" of his administration. Above, Trump speaks in the Diplomatic Room of the White House on Sunday. Andrew Harnik/AP hide caption

October 27, 2019 • The president said the U.S. had been searching for Abu Bakr al-Baghdadi for years. Capturing or killing Baghdadi has been "the top national security priority" of the administration, Trump said Sunday. 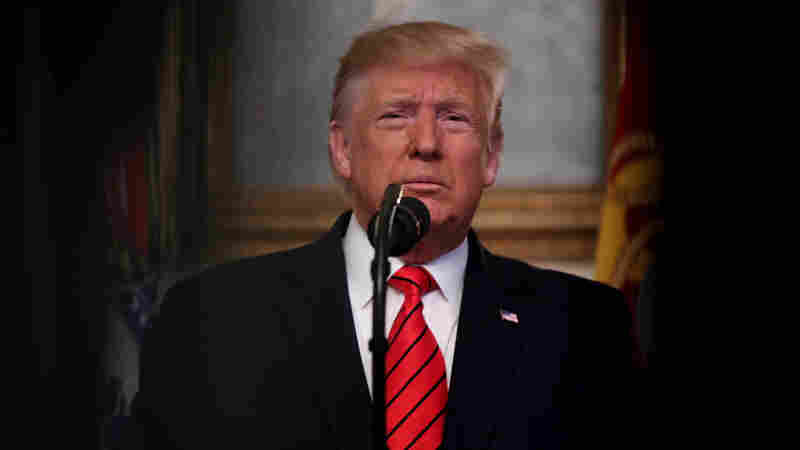 October 27, 2019 • President Trump announced on Sunday that the founder and leader of ISIS, Abu Bakr al-Baghdadi, was killed in a special operations mission on Saturday. 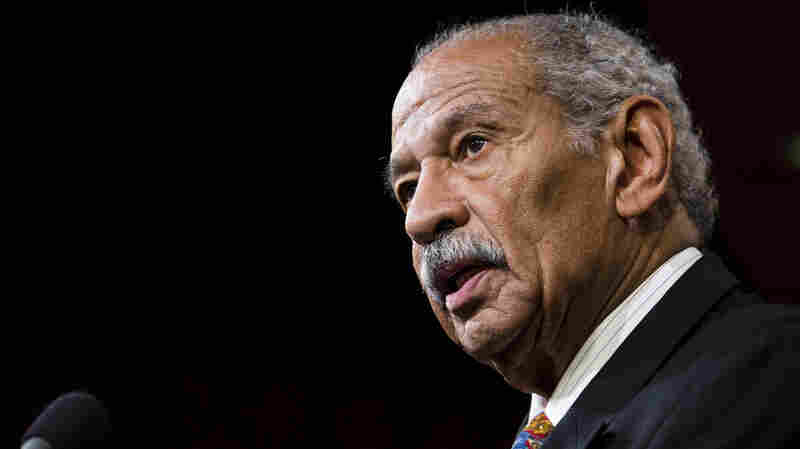 John Conyers Jr., Who Represented Michigan For 5 Decades, Dies at 90

October 27, 2019 • Conyers, who represented his hometown Detroit, co-founded the Congressional Black Caucus and battled for reparations for African Americans. He resigned in 2017 amid allegations of sexual misconduct.

Got A News Tip?

At NPR, we welcome your news tips. Here's a guide to getting in touch with our newsroom and how to share sensitive information. 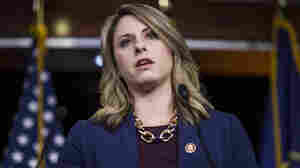 Freshman Rep. Katie Hill, D-Calif., announced her resignation on Sunday following allegations that she had inappropriate sexual relations with a member of her staff. Zach Gibson/Getty Images hide caption

October 27, 2019 • The freshman congresswoman announced her resignation "with a broken heart," following an ethics probe into allegations that she had sexual relations with a staff member, an allegation she denies. 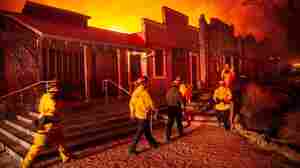 Firefighters surveyed the Soda Rock Winery as it burned during the Kincade Fire and flames raced through Healdsburg, Calif., on Sunday. Josh Edelson/AFP via Getty Images hide caption

October 27, 2019 • Gov. Gavin Newsom is freeing up state aid as high winds fuel two major fires across the state. The Kincade Fire in Sonoma County has burned 30,000 acres, prompting evacuation orders for some 180,000. 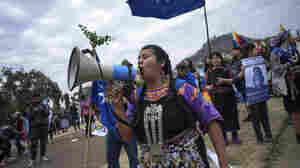 A Mapuche woman protests on Saturday in Santiago, Chile, a day after the massive anti-Pi?era demonstration gathered an estimated one million people in the capital city. Claudio Santana/Getty Images hide caption

October 27, 2019 • "We have all heard and understood the message of Chileans," Sebastian Pi?era said. "We're working to form a new team that represents change." A million people took part in Friday's demonstration. 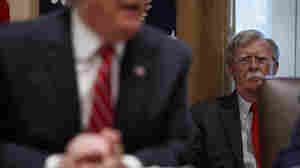 John Bolton, then the national security adviser, listens as President Trump speaks during a Cabinet meeting in February. Bolton's opposition to a pressure campaign to get Ukraine to investigate conspiracy theories may pit him against his former boss. Evan Vucci/AP hide caption

October 27, 2019 • He doesn't cut the profile of a member of "The Resistance," but Bolton's opposition to a pressure campaign to get Ukraine to investigate conspiracy theories may pit him against his former boss. 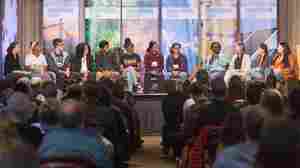 October 27, 2019 • A recent conference on climate change focused on the ways teachers, scientists and activists can help the next generation shape a comprehensive approach to the fight against global warming. 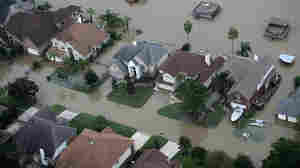 In Texas, Home Sellers Must Now Disclose More About The Risk Of Flooding

October 27, 2019 • In many places there's no requirement to tell a home buyer if a house is at risk of flooding, even as climate change increases that risk. Some hope a new Texas law will be a national model. 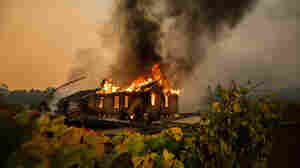 October 27, 2019 • Pacific Gas and Electric says dry and windy conditions drove the utility to expand its power blackout zone by 90,000 customers across Northern and Central California to prevent the risk of wildfires. 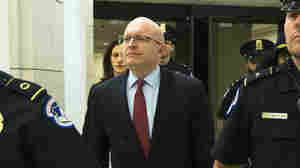 Philip Reeker, the acting assistant secretary of state for Europe, leaves the Capitol in Washington after a closed-door interview Saturday about President Trump's ouster of the U.S. ambassador to Ukraine. Jose Luis Magana/AP hide caption 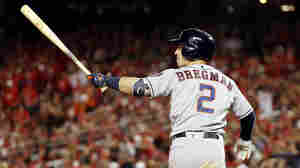 Alex Bregman of the Houston Astros hits a grand slam during the seventh inning in Game Four of the 2019 World Series at Nationals Park on Saturday. The World Series is now tied 2-2. Patrick Smith/Getty Images hide caption

October 27, 2019 • The Houston Astros tied the series 2-2 after beating the Washington Nationals 8-1 in Game 4 of the World Series. 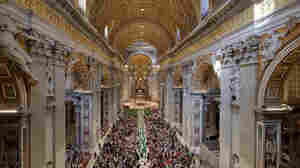 October 26, 2019 • A group of Roman Catholic bishops from the Amazon called for married deacons to be allowed to become ordained priests to address a clergy shortage. 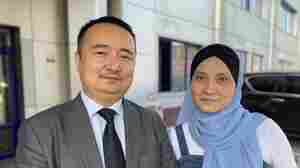 Serikjan Bilash (left), co-founder of Atajurt, and wife Leila Adilzhan in Almaty, Kazakhstan. Per the terms of a plea deal, Bilash can't work in political activism for the next seven years, which includes calling out China's repression of Kazakhs. Emily Feng/NPR hide caption

October 26, 2019 • Serikjan Bilash signed a plea deal after Kazakh officials charged him with "inciting ethnic tensions" for his work documenting repression against Kazakhs and in China's Xinjiang region. 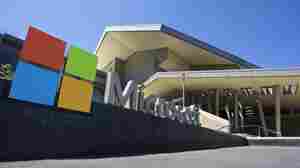 In managing the contract, Microsoft will be responsible for storing massive amounts of sensitive military data and giving the U.S. military access to technologies like artificial intelligence. Stephen Brashear/Getty Images hide caption

October 26, 2019 • "We're surprised about this conclusion. AWS is the clear leader in cloud computing," an Amazon Web Services spokesperson told NPR. The contract is for 10 years.

A flyer reminding customers about vaping-related deaths and illnesses, on display in a Seattle vape store. The Washington State Board of Health recently passed a four-month emergency ban on flavored vaping products. It applies to products that contain either THC or nicotine. Jovelle Tamayo/Bloomberg/Getty Images hide caption

October 26, 2019 • Many cases of vaping-related injury seem to involve THC, health officials say. That's led some states to take another look at the safety of the regulated cannabis market, as well as the black market. 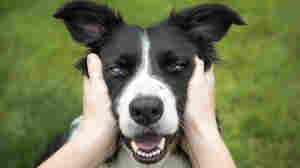 If you get to look at dogs and hug them every day, you just might live longer than people who don't have to clean animal hair off their clothes, according to a pair of studies out this month. R A Kearton/Getty Images hide caption

Dog People Live Longer. But Why?

October 26, 2019 • Hanging out with dogs might be good for your health. A researcher reviews the science and discusses the very real link between dog ownership and reduced risk of dying from cardiovascular disease. 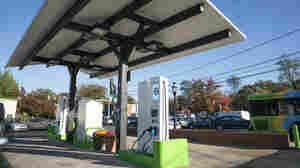 October 26, 2019 • As the electric car industry ramps up, one gas station in Takoma Park, Md., has already changed lanes. The owner hopes to motivate other stations to make the shift. 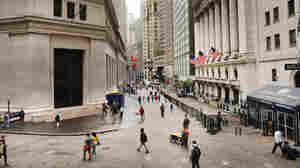 Investors are spending billions of dollars to align their portfolios with their personal values. But there's little agreement on what exactly qualifies Ī¬ or disqualifies Ī¬ an investment option from being marketed as sustainable. Above, pedestrians walk past the New York Stock Exchange on June 10. Spencer Platt/Getty Images hide caption

As Investors Try To Be More Ethical, Some Find No Escape From Businesses They Detest

October 26, 2019 • Investors are spending billions to align their portfolios with their personal values. But what happens when funds that claim to be "sustainable" are not as clean as they profess to be? 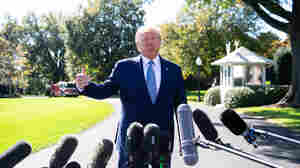 President Trump insists there was no quid pro quo with Ukraine Ī¬ but the phrase was not always synonymous with a shakedown. Saul Loeb/AFP via Getty Images hide caption

From Simple Exchange To Shakedown: The Evolution Of 'Quid Pro Quo'

October 26, 2019 • The Latin phrase has played a key role in the impeachment inquiry into President Trump. But its meaning in that context is far removed from its original simplicity.

From Simple Exchange To Shakedown: The Evolution Of 'Quid Pro Quo' 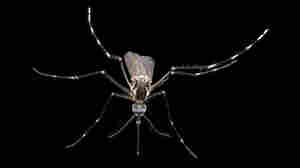 The Deadliest Halloween Costume Of All

October 26, 2019 • It's not a shark or a snake. It buzzes. And it is responsible for hundreds of thousands of deaths every year.