Accessibility links
'Mrs. Fletcher' Actor Kathryn Hahn: 'There Are So Many More Stories To Be Told' Hahn says the "complicated and messy roles" she craved came later in her career. In HBO's Mrs. Fletcher, she plays a divorced woman experiencing a sexual reawakening after her son leaves for college. 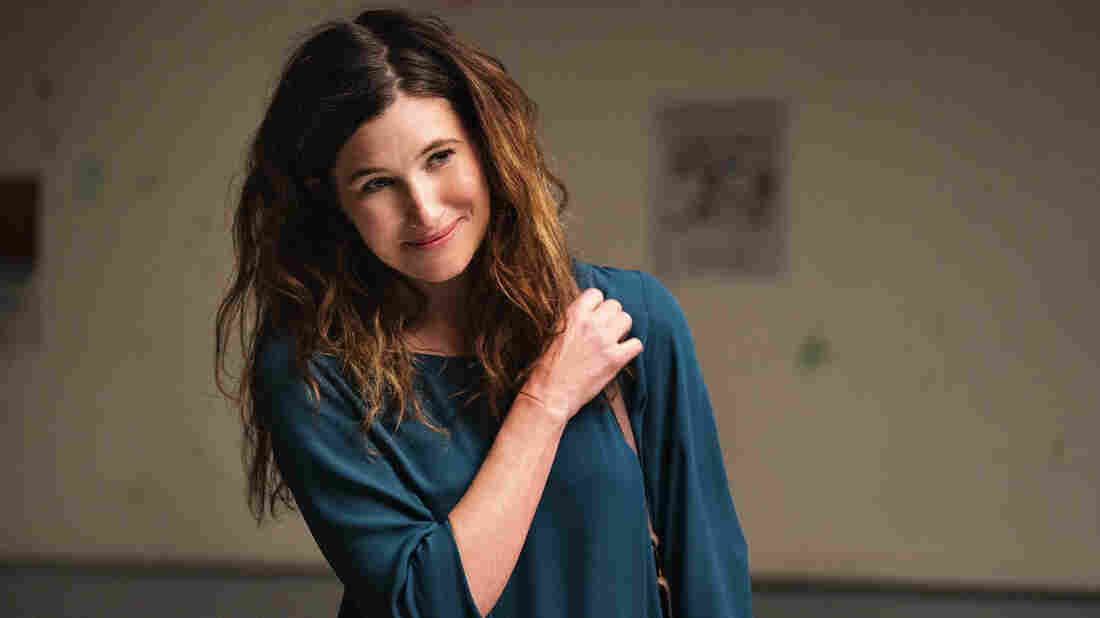 Kathryn Hahn plays the title role in the HBO series Mrs. Fletcher, based on the 2017 novel by Perrotta. Sarah Shatz/HBO hide caption 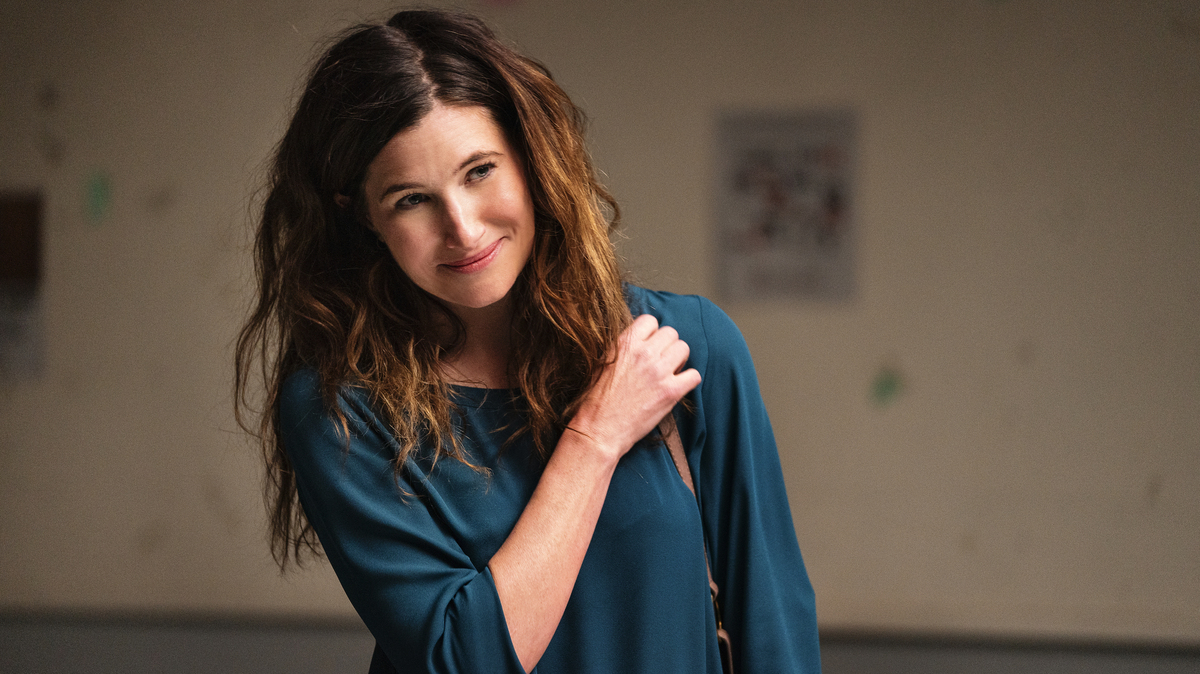 Kathryn Hahn plays the title role in the HBO series Mrs. Fletcher, based on the 2017 novel by Perrotta.

When Kathryn Hahn first moved to LA to become an actor, she started auditioning ¡ª but quickly became disillusioned.

"When I started to see the roles that were available to me, what I was being seen for, I definitely thought ... 'This is just such a small part of me that's being seen. I wish somebody could see more of what I can offer,'" Hahn says.

It wasn't until Hahn was in her late 30s and 40s that she finally began landing the roles she craved, playing complex women in TV series like Transparent and Parks and Recreation, and movies like Bad Moms and Private Life. Hahn notes that most of these roles have been with female directors and producers.

"The most complicated and messy roles I've been able to get have been offered through women," she says. "I'm just so buoyed and galvanized that the juiciest part of [my career] has been post-kids. ... I never anticipated that. So that's terribly exciting."

Advice For 'Grown-Ups' In Their 40s: 'Just Do What You Want More Often'

Hahn is currently starring in the HBO series Mrs. Fletcher. The show, which is based Tom Perrotta's bestselling novel, centers on a divorced woman who has a confusing sexual reawakening after her son leaves home for college.

"We were surrounded by an incredible group of women directors and writers and we had this amazing intimacy coordinator," Hahn says of her work on Mrs. Fletcher. "That was what made it attractive to me. It was finding a woman in her complete privacy of finding pleasure for just herself."

On working with an intimacy coordinator ahead of the sex scenes in Mrs. Fletcher

I'd never worked with [an intimacy coordinator] before, and I was a little hesitant at first, to be frank, because I thought it was going to be [another] voice in the way, in between the director and the actor ... and it was not that at all. Our intimacy coordinator, Claire Warden, what she did was she would take all of us ¡ª anyone that was performing in the scene and the director ¡ª she would have conversations with us ... would make sure that we were aware of what was on the page.

Raunchy But Sweet, 'Mrs. Fletcher' Is One For The Ages

This is above and beyond the nudity riders or whatever that would have already been signed, but she would take us all and make sure that we were aware of what was on the page to be filmed, make sure that we were all OK with that, walk us through the steps, make sure that our boundaries ¡ª our personal boundaries ¡ª were in place for what we were comfortable with ... so that when we walked in together, we all knew that each other's needs and requests and concerns were heard. And then you could just get to the business of the scene so much quicker.

On wanting to be an actor from an early age

On bad auditions earlier in her career

I had a really bad Woody Allen audition ¡ª that was just awful, horrible ¡ª for a play ... and I remember someone telling me that he wasn't going to look up and laugh. ... [It] was a long time ago, but I remember auditioning and it was true: He did not laugh at all. And not only did he not laugh, but he looked up when I just botched a joke so badly. It was awful. ...

The Coen Brothers. That was a heartbreaker. ... It was for A Serious Man ... and I was way gung-ho. ... I brought in a bag of props. It was too much. It was just way too much for the space and they were very polite and very kind. And I did not get the part.

It's Been a Minute with Sam Sanders

Actress Kathryn Hahn Talks Film 'Private Life' ¡ª And Her Own

I'll never forget when I found out I got pregnant, I was on my way to work and I was, of course, thrilled, but I went to a Starbucks and I got a latte and I said, "Oh, I guess you better make a decaf," and I burst [out] in hysterical tears. ... I was on my way to a night shoot for a television show. ... I felt so young and old at the same time. You're never ready. I was so grateful, but ... as an actor, you're like, is this really gonna change [my career]? It was all so much. ...

We had had so much time solo. We'd lived in New York forever in our little studio. There was so much history behind us. ... Neither of us were anywhere near where we wanted to be creatively. ... I wish I could have looked back and told that 35-year-old crying in Starbucks, "You have no idea how exciting it's going to be on the other side!"

I hope that we keep exploring whatever these chapters are. I just hope that we keep lifting whatever invisibility shield is on all these chapters of just being a woman, like lifting the shame ... and just keep exploring it, because clearly there's so many, so many, so many more stories to be told and looked at with hopefully this degree of nuance, and clarity, and humanity, and complication and all of it. There are so many more stories to be told.

Ann Marie Baldonado and Mooj Zadie produced and edited the audio of this interview. Bridget Bentz, Molly Seavy-Nesper and Patrick Jarenwattananon adapted it for the Web.